May 30, 2019
I decided not to write a review of Idolish 7 since it's not a reverse harem. But I'm in the same predicament again after watching B-Project. Then I remembered, I still have another completed kdrama that fits the bill. Okay so might as well post it in one go. Here goes for my review of female managers and all-boy idol groups. It's more of a comparison and contrast of the three. 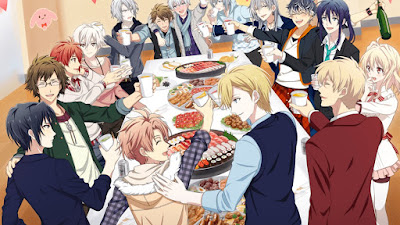 Tsumugi Takanashi is a new manager that was assigned to handle a newly-formed idol group in her father's company. 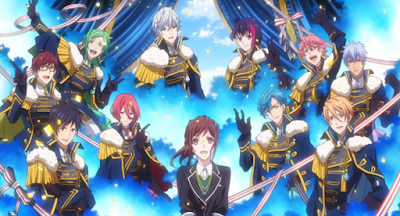 Tsubasa Sumisora is the new A and R to B-Project which consists of 3 sub-units: Kitakore, THRIVE and MooNs. In the second season, a new group is added, the KiLLER KiNG. 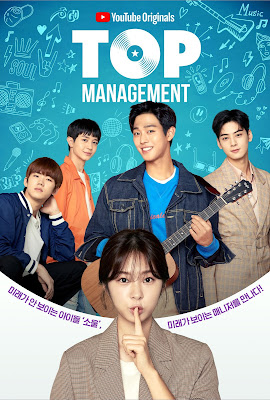 Seo Eun-soo is a former idol trainee turned manager to the group, S.O.U.L , who is trying to make a comeback. And oh yeah she has the power to see the future.

Idolish 7 and B-Project are mixed media with animes, manga, rhythm game and more while Top Management is based on web comic. Since all three titles are about idol groups trying to make it in the show business, it's inevitable to have similar characters and situations-- having a parent scandal, performing in the rain, illness, being an otaku, plagiarisms, postponed debut, mysterious composers and of course, same activities like rehearsals, concerts, TV, film and commercial appearances. They are in different stages though - Idolish 7 is in the brink of debut, B-Project is already established and S.O.U.L is trying to stage a comeback.

I find Idolish 7 a breath of fresh air as the guys are not fawning over her. Until it hit me that it will not progress to any romantic feelings... at all. I was hoping it was a reverse harem because I only found out about the heroine when I watched the first episode and I thought it was a surprise marketing ploy like in Sengoku Night Blood of saving the announcement for the heroine for last.

With B-Project, it's my fault that I was quick to label it as reverse harem after having seen just the  couple of episodes of season 1 before procrastinating again. The start was very promising as if they are drawn to her but I should have known better when they never include the heroine in the wallpapers or key visual of the group.

Idolish 7 respects Tsumugu as their manager, while B-Project is more doting with Tsubasa. There is a guy from each of the 2 groups who are interested with their managers but it never progressed into anything serious or highlighted at all. There are hints of BL too. Tsubasa is an anime only character but despite that, her character plays a bigger role in the story. Tsubasa and Tsumugu could be twins with their personalities...

I prefer the story, the MV and costumes of Idolish 7 over B-Pro. It was easy to watch and the story is realistic. It was a chore to watch B-Pro but I enjoyed the fun dynamics of the group. For choreography, I am handing it to B-Pro. I'm mesmerized with the group's dancing in the opening of the sequel and in their concert. I feel pride and an overwhelming need to see them in the flesh.

Top Management is heroine and romance-centric but it was a love triangle only. And among the three, this is my favorite. Storywise and for the songs too. I know it's not fair since they are different medium and country of origin. It's an unpopular opinion that I am not into all-boy idol group trope but Top Management is an exception. I really enjoyed it! It's fun, exciting and with light drama. It was a torture to wait for the second half as it had a break halfway through. And no, I'm not crushing on anyone younger again but despite their looks, I am so in for their chemistry with Soo Eun Soo. It's rare for me to be convinced of the chemistry in kdrama nowadays. The ending is hinting a sequel. I do hope it gets one!

I think I have enough of all-boy idol animes to last me for a while. It's actually a good thing for me that Dynamic Chord is not a reverse harem. Upcoming anime, Ensemble Stars and I★CHU Étoile Stage anime would most likely have no romance or no heroine. It may take a while for me to finish Uta Pri season 4. Sorry!