August 22, 2019
Another day...another misses... This is getting a habit now to just wait for the misses to hit the magic three so I can just dump mini-reviews in one go. 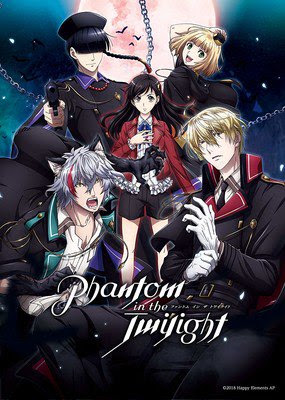 
Baileu Ton and her friend Mu Shinyao moves to London. They witnessed a supernatural creature which leads Ton to Cafe Forbidden with handsome employees. Turns out, she has ties with the cafe's origins and its inhabitants.


It was watchable since it's not your usual reverse harem repertoire but as it near its end, I lost interest. Story-wise it had potential but it was lacking. I think it was trying to appeal both shoujo and shonen markets and failed. You can either go full shoujo or full shonen and not try to meet in the middle. Think Code: Breaker.

No favorite bishonen but Wayne looks interesting with his 'memories'. The other two are hinting interests but not really full-blown. And well, of course, it's a dead giveaway that Vlad is the main guy. They had a teeny-weeny moment when they all try to express their feelings for her. It has all the ingredients for reverse harem except for the romance which needs more pushing. I will add this under Three Flowers Level (see levels of reverse harem).  It was also hinting a second season but sadly no thanks. Not that I think it would. 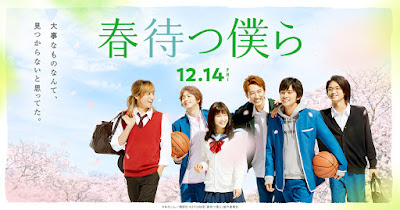 Mitsuki Haruno is a timid girl and does not have any friends in school. But basketball holds a special place in her heart. It was a way for her to make friends before and then now...

I googled the manga before that there's a third guy liking her. Kill me if I'm wrong. But the movie is a love triangle only or two flowers. I don't mind that it was not a reverse harem but I found it boring that I'm at loss for words. Nothing really stood out for me.

I have not read the manga but I can see the appeal of the story in manga format. It's better perhaps 1if was animated. Some adaptations lose the appeal when it becomes a drama. You lose the art and the characters. But the trend now for shoujo mangas are mostly to drama adaptations and most shojo anime adaptations we are getting now are from otome games. Not that I'm complaining but I wish for more manga to anime.

She's Gotta Have It Season 2 - 9 episodes


After her fame for 'My Name Isn't..', Nola is pursuing other art forms and looking for new inspiration.

The first season ended ambiguously with her relationship status with the three men. In the sophomore series, Nola is no longer in a polyamorous relationship and is happily dating Opal. They are living their own lives now but it goes in full circle when they all meet again in the ending. But they all affected her growth as a person. She lives with her mistake with Jamie, Greer supports her with her new craft and among the three she has a deeper relationship with Mars...which is friendship. Her trip with him in Puerto Rico would make an impact on Nola.

What I like about Nola is that she's deeply-flawed yet she still struggles to do what is right. In the end, she rises above her personal pain, experiences, and learnings into something bigger than her.  You don't have to agree with her but this is how she wants to use her voice unapologetically.

The season is another visual and musical treat. I just think the nudity in the first few episodes needs to tone down a bit? Netflix has also canceled the series which I think is timely as the ending was thought-provoking and a powerful way to close the story of Nola.