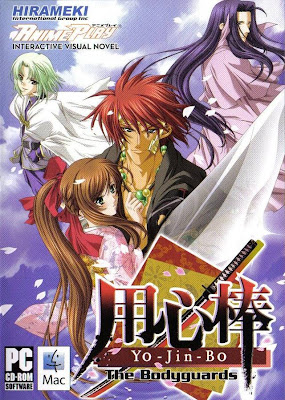 Sayori finds a pendant and dreams of its' previous owner. Then she finds herself as that girl from a different time to undo what has been done with the help of the bodyguards. I finally played otome! Yay for me! It's English format and the company who made it is sadly already closed. I find it slow at first and I was not used to limited and repetitive expressions for the characters but as the game goes on I get the hang of it. There's also a lot of references to popular culture from Pokemon to Back to the Future. I finished with Bo. I was actually aiming for Yo and Jin but I died after a wrong decision. I then decided to take Bo and got stuck with him in the end. Lol! I havn't played out all the other endings yet.

Asking "Where I can find this?" will not be published. Thanks!

Also, I do not approve spam comments. :P